For the last eight years, Maureen and I have gone to Africa. She goes every year and I go every other year. Our two primary destinations are Ethiopia and Uganda. We were very proud to celebrate the eradication of polio during our last visit. It was made official that the country is polio free, based on no new cases in three years. This is the link to my travel blog on Africa.

I have been spending one night a week at the prison in Monroe for about 7 years now. I hang out with a bunch of friends who are generally sentenced to life without parole. These lifers have become my friends and the experience has been profound. I have learned about forgiveness and compassion. 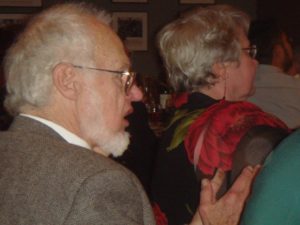 The man who both introduced me to the prison at Monroe and taught me many lessons is pictured to my left. Sadly he died last year and I feel the loss regularly. This old Lutheran preacher was my spiritual mentor, which is a big deal for an agnostic Catholic Jesuit-educated boy to say.

I know that Jon is resting in peace which gives him the just result which he always sought for others. To Jon’s right is Juni his wife of forever and made in his image and he in hers.

I have met some people inside who are clearly where they belong. And yet, I have met many who I believe have paid their debt to our society and are ready to be law-abiding and contributing citizens. I have been especially lucky to share time on the outside with guys I met on the inside. 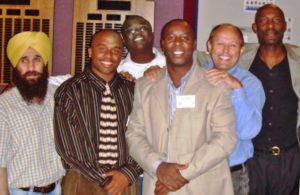 These gentlemen are odds-beaters because they were supposed to spend their remaining days inside the walls. I can’t tell you how much each of them appreciates freedom. We can all take a lesson.

I have many stories from over the years and will share a couple recent ones:

Established in 2002 as a 501(c)(3) not-for-profit corporation, The SOS Foundation combines green and sustainable resources empowering individuals and business to help our planet…and to benefit in the process!

I am a teacher by avocation, having taught for over 35 years. I began at North Seattle Community College and moved promptly to the University of Washington Foster School of Business where I taught in several programs over the next 30 years. I currently teach at Gates Hall at the University of Washington Law School. Over these years, I have also taught at Seattle Central Community College (hailed as the most diverse college in the world), Seattle University and Cornish College of the Arts where I wrote and teach a course called, Ethics and Law for the Practicing Artist. I have spoken to groups, large and small on a variety of subjects around the US, in Hong Kong, Afghanistan and elsewhere.